One year ago, NBA G League Ignite began to physically gather in Walnut Creek, California, forming a first-of-its-kind team and program to prepare top prospects for the NBA. A group of five top young talents were paired with veterans to form a team that’d begin scrimmaging for the first time just a few weeks later – unsure of a season at-hand amidst the ongoing pandemic, but trusting that this path would lead them to their next step completely ready.

One year later, three of those prospects have been drafted into the NBA – with two going top-10, including one at No. 2 overall.

Let’s look back at their respective past years that got them not only professionally prepared, but paid off with the ultimate goal actualized – NBA dreams realized.

Perhaps the highest touted draft prospect in his class and the No. 1-ranked according to ESPN, Jalen Green became the first signee with G League Ignite back on April 16, 2020.

The Fresno, California product got to work in Walnut Creek in early fall – and said it was all in preparation of the NBA Draft. It’s been the focal point from the jump.

“This is a first time thing. It’s a lot of pressure,” Green said. But as the G League announced a season happening in Orlando, Florida beginning in early February, he said all that pressure went away when stepping onto the floor.

“Now we get a chance to showcase our talent and play again.”

Green – who turned 19 a day before scoring his first pro bucket – found his groove early in the truncated season.

He set the tone with G League Ignite scoring a team-leading 17.9 PPG (9 games with 20+ PTS) and guided the team to a playoffs berth in its first year of existence.

When the season wrapped in March, it was all continued preparation for the draft. And 4 months later, No. 4’s much anticipated day had arrived.

The first to sign with G League Ignite went on to make history and become the first player drafted into the NBA. Green was selected No. 2 overall to the Houston Rockets – joining an already promising backcourt, including a guard he competed against in the G League season – Kevin Porter Jr.

Jonathan Kuminga has come a long way. Literally. It’s a journey that’s taken him from playing on outdoor courts in Africa and paying for café WiFi just to watch Kobe highlights to the NBA.

But let’s rewind to where the pro portion of his journey began. Three months to the date after Jalen Green signed, Kuminga went for it too. He reclassified to the 2020 high school class and had a 1.0000 rating on the 247sports.com composite rankings – which only a very few elite prospects have ever received. 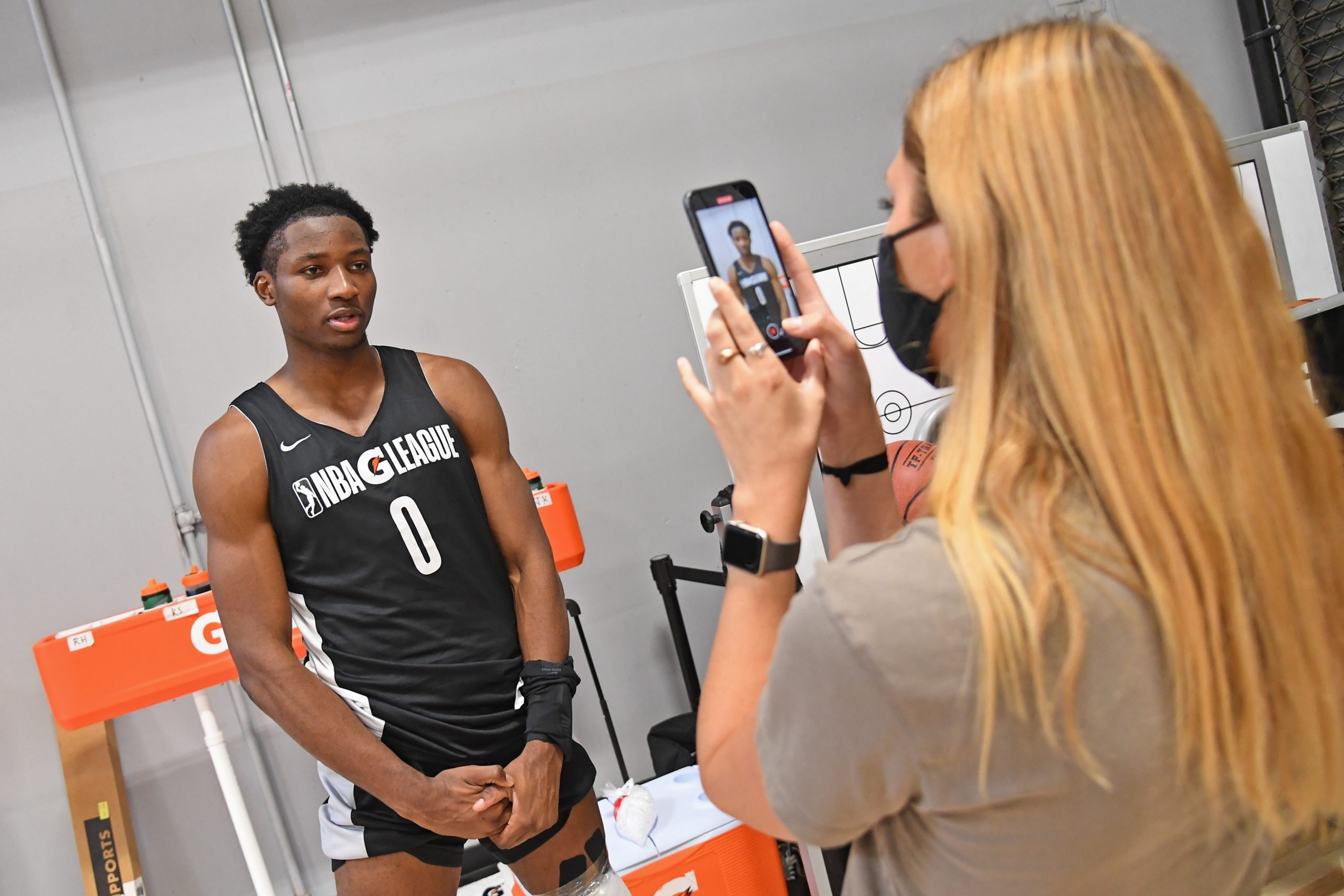 He arrived in Walnut Creek perhaps the most physically imposing of the prospects at 6-foot-8, 210 pounds. And when in the Orlando for the 2020-21 season, he utilized that advantage to score any chance he could.

Come season wrap, Kuminga had his sights set on the NBA Draft.

On July 29, Kuminga got one step closer as his name was called at No. 7 by the Golden State Warriors. He returns to the Bay Area where his professional career with G League Ignite began as well.

“I’m just trying to get as good as I can, get better before next year’s draft,” Todd said prior to watching the 2020 NBA Draft in November. “We’re guys trying to set the trend and we’re trying to make everybody hear us.”

"I feel stronger, faster, smarter. I feel better in each category and just can't wait to show everybody."

The Baltimore product went from Walnut Creek to Orlando with a bit of a chip on his shoulder. He wasn’t on many draft boards. So, Todd did what he had to do.

Ignite got back in the win column tonight behind IT's 23-point performance #NextIsNow pic.twitter.com/NFNP4ymC28

And – the rookie hit a game-winner not soon forgotten.

Todd put in the work, put up the numbers and put himself back and draft boards come summer.

And on draft night, Todd was selected No. 31 by the NBA Champion Milwaukee Bucks before being immediately traded (pending, unofficial) to what he calls his hometown team, the Washington Wizards.

Only time will tell where these newly named NBA players will be another year from now. But until then, they’ll move to their new cities and start up Summer League – all the while leaving a legacy and passing to torch to the next group of G League Ignite guys.