For Brian Shaw, his role as head coach of NBA G League Ignite is more than just teaching his guys the X’s and O’s of the game on the court.

It’s discussing the world outside of basketball that the five-time NBA Champion has invested himself into with Ignite, especially with a roster that features five players under the age of 20.

With the upcoming NBA G League season set to tip off on Feb. 10 from ESPN Wide World of Sports Complex at Walt Disney World Resort near Orlando, Fla., all of Shaw’s tutelage will be relied on more than ever.

“Rick Majerus, who coached at the University of Utah then coached at Marquette, I remember something that he used to say all the time. ‘They don’t care how much you know, until they know how much you care,'” Shaw said. “So there’s a lot of coaches that come and they just do their job and then they cut it off when they are off the clock. Me, especially as a Black man who is coaching a lot of young Black men, I feel more of a responsibility and a moral obligation to prepare them for a lot of things outside of basketball that they’re going to have to prepare for. I always keep that in mind as well, but just trying to be honest with them.” 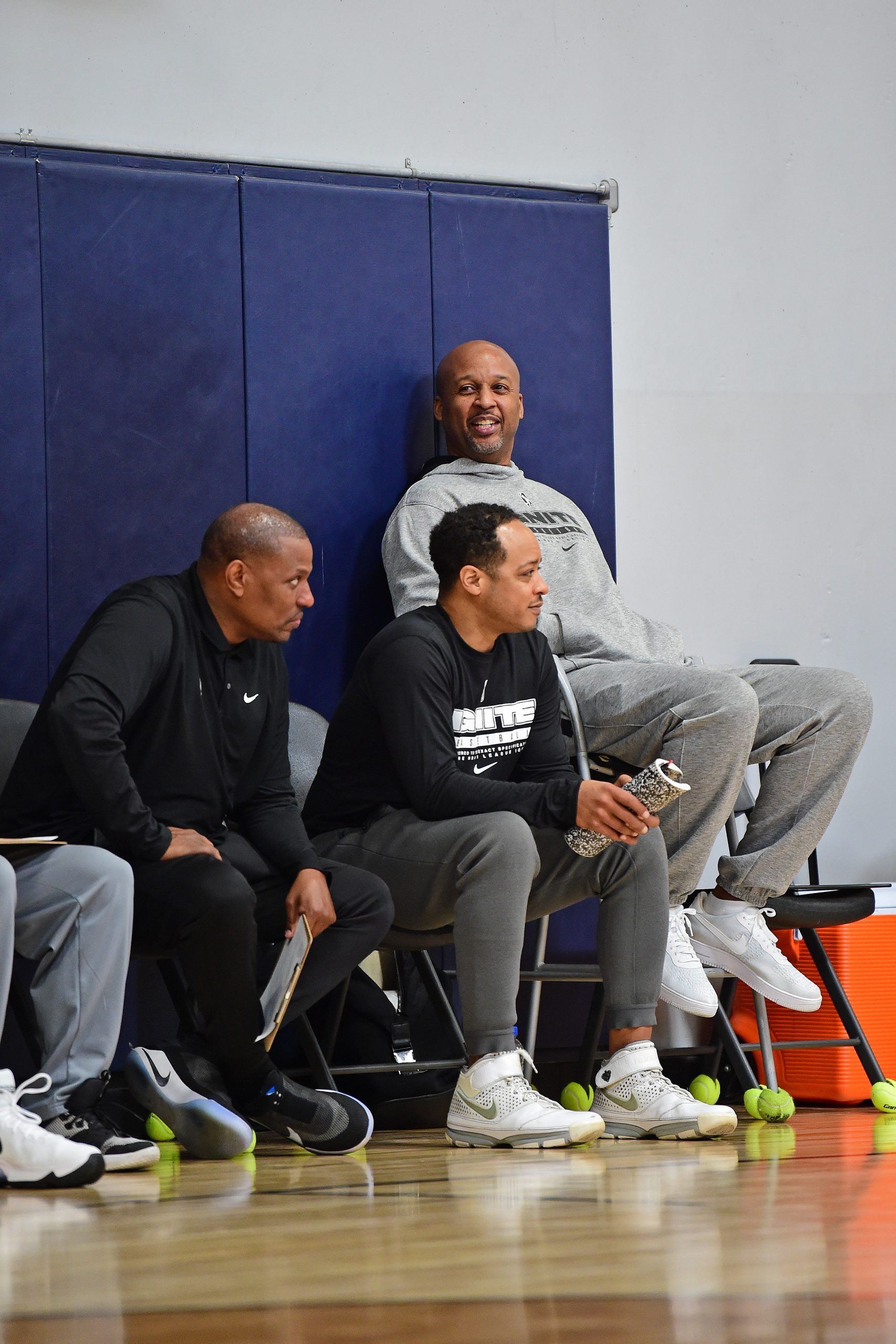 Brian Shaw of Team Ignite coaches during an NBA G League Practice and Scrimmage on November 22, 2020 at Ultimate Fieldhouse in Walnut Creek, California. (Photo by Noah Graham/NBAE via Getty Images)

Shaw has not only spoken to the team as a whole in meetings about life outside of basketball, he’s also taken the time to go and talk to his players one-on-one, making sure to connect with them as individuals.

“I meet with them all individually maybe once a week just to talk about different things,” Shaw said. “We get together in group sessions as well and talk about, for instance, Martin Luther King’s birthday. We talked about the significance of the holiday, the significance of the man and everything he stood for. What’s going on in terms of social justice, politics, you know, everything that’s going on…I take every opportunity I can to address whatever worldly issues are going on, as well as physical things they need to work on or do on in the court.”

On the court, one of the biggest things that Shaw has worked on with guys like Jonathan Kuminga and Jalen Green is the ability to move offensively without the ball. With a chunk of Ignite’s roster coming straight out of high school and having been recruited at a high level, they come from a style of the game that saw them have the ball in their hands most of the time in offensive sets.

“The hardest part for them was that they had been so dominant at their level until this point,” Shaw said. “They were used to playing with the ball in their hand all the time. So, one of the points that I make to them all the time is that there’s five players on the court at a time. There’s one basketball. Only one player of those five can have the ball at a time. That means, with all things being equal, you only have the ball 20 percent of the time, 80 percent of the time you’re playing without the ball in your hand. Trying to get them to understand, to trust, that things are still going to work out when you don’t have the ball in your hand.”

“Early on, I constantly showed them videos of Steph Curry for instance,” Shaw continued. “As dangerous, obviously, as he is with the ball in his hands with all he can do, he’s just as dangerous when he gives the ball up, right? When you’re guarding the ball and [he’s] giving the ball up, as a defender you naturally relax now because [he] doesn’t have the ball in his hand. That’s when Steph cuts down the lane, kind of plays dead for a second, then he comes off another pindown and as a defender you’re like ‘Oh!’ and you’re trying to catch up. That’s really dangerous. When you can move and understand the value of setting a good back screen to free somebody else up. Now your man has to help for a second and that opens you up to pop up for a shot. Those are some things that they never really had to do before.”

As Ignite gears up to tip-off the G League season on Feb. 10 against the Santa Cruz Warriors on ESPN2, it will be the first opportunity for players like Kuminga and Green to showcase what they’ve been working on to expand their game since camp began in August.

“[I’m] looking forward to showing what I’ve been learning,” Kuminga said. “I feel like I have added so much to my game that people haven’t really seen…I feel great and that not just me, but everyone on the team, is ready to go out there and compete and leave all they’ve got on the floor…I’m hoping to bring back the championship. That’s the first thing I’m hoping to do. On the basketball side, I will show more of my game that people never see or didn’t expect me to do.”

“There’s a lot of great players,” Green said. “I’m excited just to play in general. We haven’t played in so long. We had a couple scrimmages but nothing like this. I’m just excited. We’ve all put the work in, built chemistry and we get a lot better each day.”

The goal for Green heading into his first season as a professional is simple:

“We finally get to go showcase what we learned and get better,” Green said. “It’s going to be a great opportunity.

My expectations are to go down there and win.”