ESPN’s top guard and No. 2 player overall in the recruiting class of 2021, Hardy averaged 30.4 points, 9.1 rebounds and 8.4 assists as a junior at Coronado High School in Henderson, Nev., earning the Nevada Gatorade Player of the Year and the Las Vegas Review-Journal’s Boys Athlete of the Year awards. He was unable to play a normal season as a senior due to the COVID-19 pandemic, but he was still named a 2021 McDonald’s High School All-American and selected to the 2021 USA Nike Hoops Summit Team. Hardy also participated in three minicamps with the USA Basketball Men’s Junior National Team in 2019. Hardy was the leading scorer on the season for Ignite, averaging an impressive 19.8 points per game and proving that his shot creation and craftiness with the ball make him an offensive threat.

Top Performance: Hardy’s game-winning 3-pointer against the Mexico City Capitanes was nearly enough to qualify as his top performance, but he somehow was able to outdo himself by dropping a whopping career-high 31 points against the Capital City Go-Go on January 28. Hardy played nearly the whole game at just over 38 minutes and shot 68.4% from the field on 13-for-19 shooting and 4-for-7 from deep. Not only that, but he also added a career-high 9 assists to showcase his incredible offensive talent across the board.

All-Star Weekend 2022: Hardy had a busy All-Star Weekend, playing in the Clorox Rising Stars Game, Clorox Clutch Challenge, and the Next Gem Game. Hardy placed 2nd on Team Isiah – coached by NBA legend Isiah Thomas – with some of the NBA’s best young talent like Tyrese Haliburton and Anthony Edwards. He then competed with teammate Michael Foster Jr. in the Clorox Clutch Challenge, where they nearly came out with a win. He finished off the weekend as the leading scorer for Ignite by dropping 20 points against the Cleveland Charge in the Next Gem Game.

"Playing in the @nbagleague is going to give me a foot up, just because I've played against pro competition."@JadenHardy1 x @gleagueignite pic.twitter.com/l2dI8eCcUA

The Houston Rockets and @Sam_Vecenie are infatuated with Jaden Hardy at the 26th pickhttps://t.co/8XRVEWo5ta 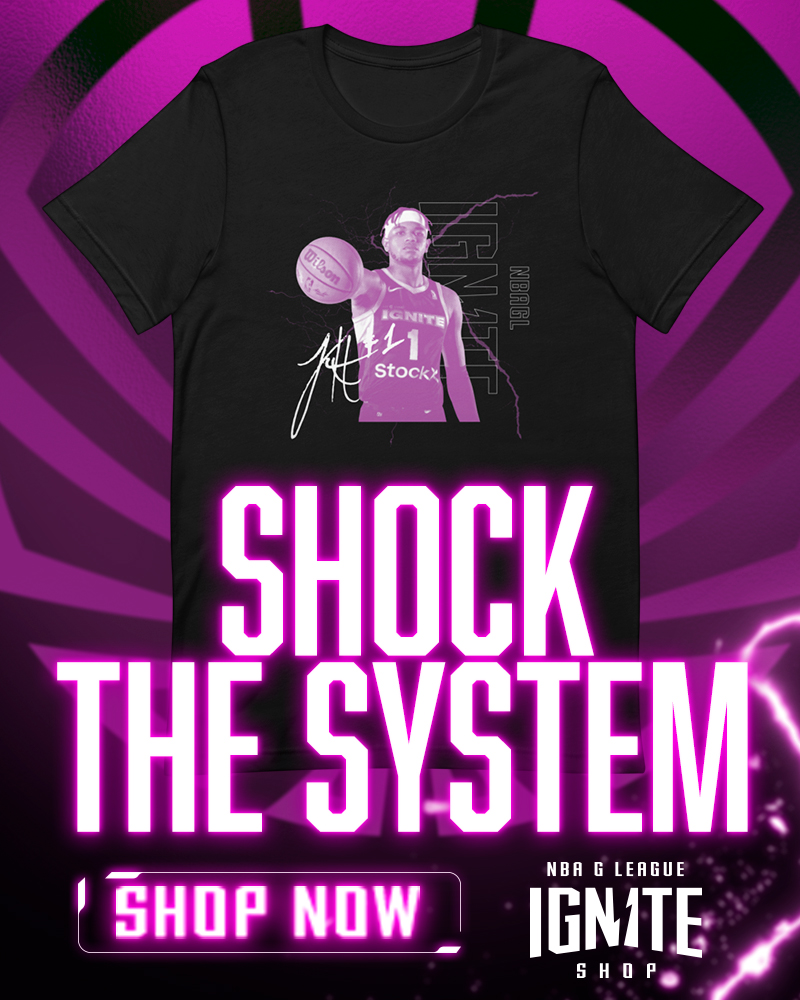