A highly-touted guard and top international prospect, Daniels joined Ignite from the NBA Global Academy, an elite basketball training center at Basketball Australia’s Centre of Excellence at the Australian Institute of Sport in Canberra, Australia. He represented Australia in July’s FIBA U19 World Cup, averaging 14 points, 5.3 rebounds and 4.6 assists through seven games in Latvia. Daniels also played in the FIBA U15 Oceania Championships and joined Australia’s senior national team in FIBA competition in February 2021, pouring in 23 points alongside four assists, three rebounds, and six steals against New Zealand. He participated in the NBA Academy Games 2019, exhibition games at the 2019 NBA G League Winter Showcase and the 2020 Torneo Junior Ciutat de L’Hospitalet in Barcelona, Spain. Dyson entered the Ignite season as the No. 18 prospect in the ESPN Top 100 rankings and has since seen his stock rise due to his length and defensive switchability. He was used in multiple roles by Ignite head coach Jason Hart, including running the point as the primary ball-handler at times and operating as an off-ball wing capable of cutting to the rim or popping out for perimeter shots.

Top Performance: Daniels’ impact on the game tends to go far beyond what you may see in his stat line as an incredibly instinctual defender and passer but his showing of 21 points, 17 rebounds, and 8 assists vs. the Stockton Kings on March 6 was beyond impressible. Daniels played nearly the whole game at just over 38 minutes and shot a straight 9-for-18 from the field and 3-for-5 from 3-point range. His rebounds broke down to 13 defensive rebounds and 4 offensive rebounds. Throw two steals and one block in there too to showcase just how much of a well-rounded player Daniels is. Alongside that incredible performance, Daniels came up just one assist shy of the first triple-double in Ignite history earlier on in the season, posting 11 points, 10 rebounds and 9 assists in a win over the Salt Lake City Stars on December 15, where he hit the game-winning triple with 17 seconds left in overtime.

All-Star Weekend 2022: Daniels put on an exciting display during All-Star Weekend, being on the winning team of the Clorox Rising Stars Game. He got to play with some of the NBA’s top young stars like Cade Cunningham, Evan Mobley, and Franz Wagner and seemed to fit in seamlessly. He was also shown getting mentored by his coach on the night, Hall of Famer Rick Barry. Daniels proceeded to show out in the Next Gem Game against the Cleveland Charge by shooting a whopping 70% from the field and 66.7% from the three to result in 18 points, 13 rebounds, and 7 assists.

TyTy Washington did not do the Wizards’ infamous 20 lines in 2 minutes drill due to a knee bruise, but said Wizards officials were buzzing about Dyson Daniels being the first prospect to finish it in years. He heard not since Aaron Holiday.

Dyson Daniels will have worked out for every team picking 4-11. I'd be pretty shocked if he falls past 8 or 9 on draft night

Only question is whether a team like WAS or NYK falls in love with him enough to trade up https://t.co/kPkYcy1IaM

after one season with @gleagueignite, Dyson Daniels (@DysonDaniels) talks about what he can add to an NBA team and what it will mean to hear his name called on draft night.#GoldOnTheClock pic.twitter.com/IvDLlBkoTX

“On the offensive end I play a little like Tyrese Haliburton….I feel on the defensive end I’m like Lonzo Ball & Alex Caruso….I hope to develop into a Luka Doncic-type role" 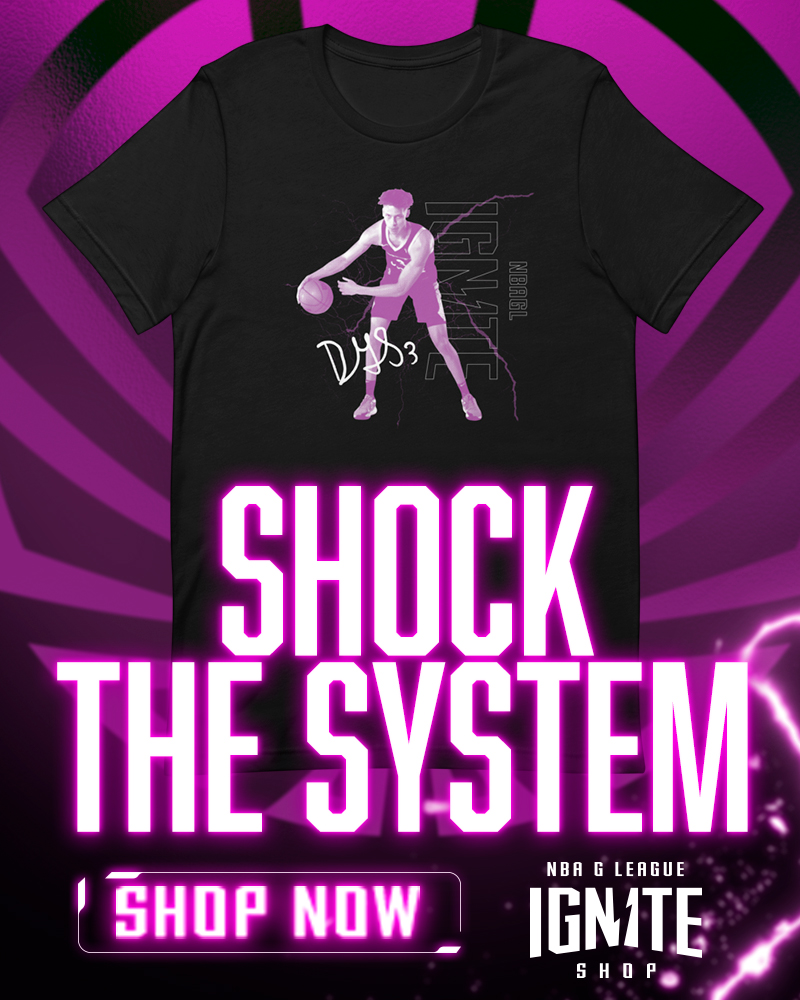